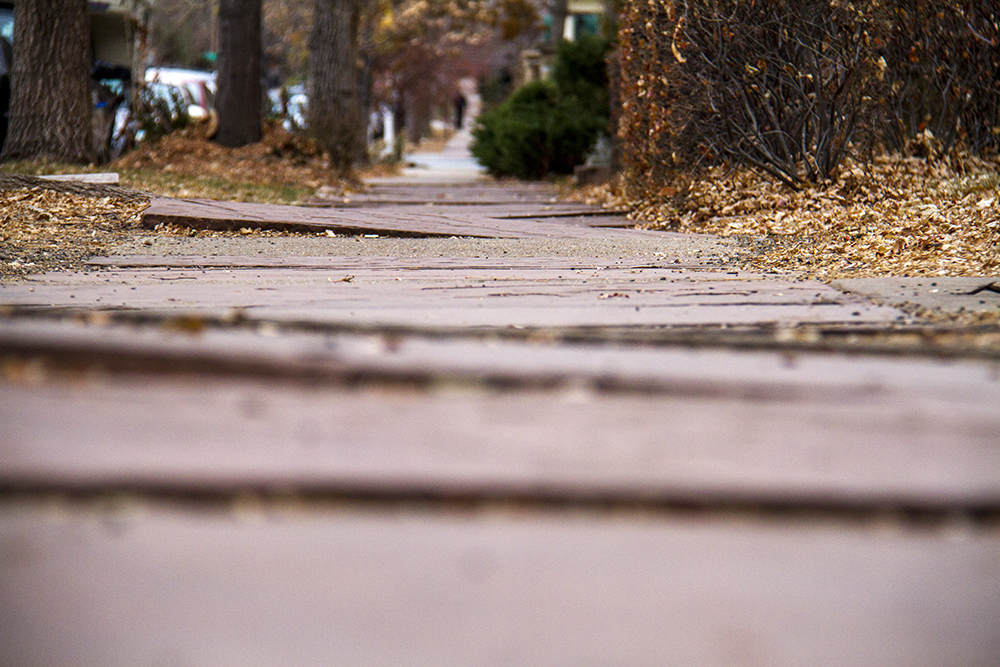 Historic Buildings of Denver… for one reason or another

Historic Buildings of Denver… for one reason or another

Denver architecture inhabits a rich part of my soul.  In large part due to the deep history my maternal family has to this region.  I’m a fourth generation Denverite, so it’s easy for me to imagine my great-grandparents moving in and around the same streets I love.  Beginning with memories of walking the red flagstone sidewalks in East Denver  (mined from the nearby town of Lyons in the 1880s.) when we’d visit some of my mother’s friends and relatives.  They’re a little wonky, and, as a four year old, I knew they demanded mindfulness when skipping or roller skating.  I imagine they’ve been wonky since the day they were set. I also know they’re not going anywhere and I think I knew that even as a four year old.  A fine, solid foundation on which to build a life, or a city.

This is the kind of city adventure that a good walk-around sets the tone for the day.  Look for those flagstone sidewalks around the Cornwall Apartments and its surrounding Capitol Hill neighborhood.  If you have desire to do more history diving around the city, Historic Denver has a wonderful self-guided tour.  Check it out. 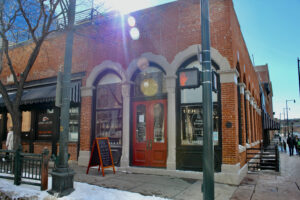 I have to remind myself that the Wells Fargo Building is not a bank building.  At least not this one.  As the first commercial building in Denver, it was a transportation hub on the Overland Trail in the pre-railroad days of stagecoaches and wagon trains. I can almost hear the clip-clop of horses pulling in to pick up and drop off passengers.  The building’s architecture embraced arched windows, an unusual commercial detail in 1874 Denver.  It was buillt as a three-story, the top two floor were destroyed in a fire in 1940. 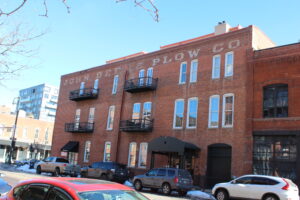 Never thought of John Deere being anything other than a well-respected modern tractor manufacturer.  John Deere was a blacksmith that manufactured the first steel farm plow in the 1830s in Illinois.  Plows before that were made of cast iron which was problematic because the soil stuck to the plow — forcing farmers to stop tilling to clean the plow.  They went on to manufacture all manner of farm equipment and horse-drawn buggies. 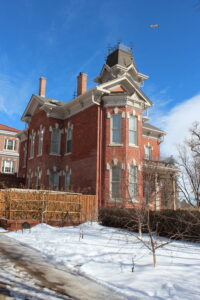 Ambrose Bosler, who made his living selling ice, moved to Denver in 1874.   Ice companies at this time were similar to a public utility, delivering blocks to homes and restaurants for their iceboxes.   In 1875, the year before Colorado became a state, Mr. Bosler built a new home in the northwest Denver community of Highland he helped create.  He considered it a healthier alternative to the dirty air of city living in Denver.

Dr. John Henry Tilden bought the Bosler home in 1915 and opened his Tilden School for Teaching Health. Dr. Tilden’s specialty was teaching patients cures without surgery or drugs. Eventually he added patient apartments to the adjacent property.  This was at a time when many were coming to Colorado for the treatment of consumption (tuberculosis). It was widely believed that the fresh air and sunny climate of Colorado was beneficial for those stricken with TB. 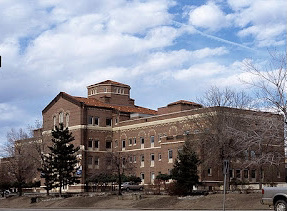 Many indigent who came to Colorado for treatment of tuberculosis had one-way tickets and were destitute.  Francis Wisebart Jacobs dreamed of a hospital for those stricken with polio, who could not pay, regardless their religious background.  She, with the support of the Jewish community, founded the National Jewish Hospital.  The hospital was unique in that it made treating the indigent with tuberculosis its primary mission. 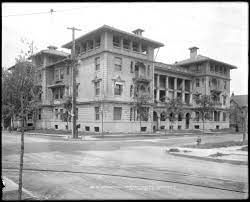 My mother was born into an Irish Catholic family in the family apartment at the Cornwall Apartments in 1916.  Dr. John Galen Locke, a holistic doctor and soon to be influential Grand Dragon of the Ku Klux Klan in Colorado in the 1920s, delivered my mother into this world.  My father found that fact great teasing-fodder to needle my mother.

The Cornwall Apartments were built in 1901, designed by Walter Rice, a Denver Fire Clay Company executive and real estate developer.  Each apartment (now condos) had access to a balcony and promenade areas.  There was even a roof garden and ballroom. In 1901 The Rocky Mountain News described it as “the handsomest structure on the Hill.”

I find it fitting that It was in the Cornwall Apartments that John Reidy passed away, jin the same location my mother was born in September 1916.  Life comes full circle, and grounds me right where I am. 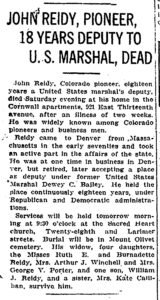